Our clinic is currently open for care to all patients who need us. This
includes wellness or maintenance visits as well as patients with acute pain symptoms, injuries, or flare-ups and pregnant women. Your health and safety are our top priority. We are following Covid 19 guidelines with
disinfecting tables, equipment and high touch surfaces between patients.
The City of Shoreview has a mandatory mask requirement in all public spaces except for children under 5 and adults with a medical condition that have difficulty breathing with a mask on. You will need to postpone coming in if you or a family member have been diagnosed with covid or if you have a fever, cough, shortness of breath or flu. 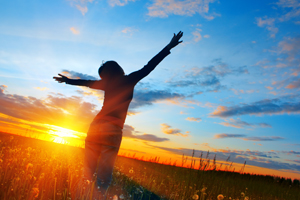 Cervical facet syndrome (CFS) is a form of osteoarthritis characterized by a structural deterioration of the vertebrae and joints of the neck. These vertebrae are connected to the spine and supported by a fluid-encapsulated, cartilage-coated hinge mechanism called a facet joint; this joint both stabilizes the spine and allows free movement of the neck and head. Like other joints, it experiences constant, repetitive motion, and can become worn or torn.

As the result of aging (and sometimes the result of trauma or injury such as whiplash), the cartilage that surrounds the facet joint can become worn, causing bone-to-bone contact. The facet joint then becomes inflamed, and may cause pain, stiffness, or soreness, both at the location of the joint and in other areas of the body. This area of the cervical spine is home to a number of pain generators, including the facet joint itself, the intervertebral discs, and the ligaments and muscles that support them. CFS can thus result in a range of symptoms including pain or tenderness near the joint itself, limited mobility of the neck and head, a chronically sore or stiff neck, and other symptoms that radiate to the shoulders, arms, upper back and upper legs. Some patients report pain that seems to originate in the back of the head, but which then radiates over the top of the head, sometimes extending into the region of the eyes and ears.

The pain of cervical facet syndrome is most commonly described as a dull, deep ache, which is often experienced as being worse in the mornings, because the inflammation and stiffness increases while they are asleep. As they begin to move around the pain may subside, but if their work or lifestyle requires them to sit at a desk all day, that may cause the pain to recur. Many patients report that the pain increases when they turn their heads, such as when they are trying to look behind them. The inflammation caused by CFS can also manifest as muscle spasms.

The majority of medical practitioners recommend initially treating cervical facet syndrome as conservatively and non-invasively as possible. Heat or ice packs and anti-inflammatory herbs and spices, such as Tumeric and Boswellia may help.  Chiropractic manipulation may be able to relieve many of the structural causes of CFS, and is often combined with deep tissue massage, electro-stimulation, and stretching exercises to relax affected muscles in the area, stimulating healing blood flow to the region, and increasing mobility. Recommendations for diet or lifestyle changes (including posture correction) can also help to promote faster healing and prevent recurrence of the syndrome and its distress.